Older workers are an asset. Here’s how workforce management can help your business or organisation retain these skilled and experienced workers.

Australia is an aging population, much like several other developed countries. One in four people is older than 55—and over the next decade, this will increase to approximately one in three. Older workers make up an increasingly large proportion of Australia’s workforce. Going forward, Australia’s economic stability will depend on even greater numbers of older workers choosing to delay retirement. This is needed to prevent an overstretch of Australia’s pension services and ensure there are enough workers in our domestic economy.

Retaining older workers is good for Australia’s economy. In 2012, Deloitte Access Economics estimated that there would be an annual $33 billion boost to the national economy if workforce participation by people aged over 55 increased by 3%. The government has tried to engage older workers through policies such as raising the minimum pension age. The Restart program provides businesses with a financial incentive of up to $10,000 to hire and retain mature-age employees.

But retaining older workers isn’t just good for Australia’s overall economy, it’s good for the performance of individual businesses too. In a survey of Australian Human Resources Institute members conducted by the Australian Human Rights Commission (AHRC), 76 per cent “see the experience that older workers bring as a main advantage.” 68 per cent “see the professional knowledge they have acquired as an advantage.” For any business, older workers are a key source of expertise, experience and institutional knowledge.

But if businesses are to retain their most skilled and experienced workers, the key is maximising job satisfaction. “As the largest and wealthiest older generation ever, their decision to retire depends largely on how much they are enjoying their work,” writes Carol Kulik, a Professor of Human Resources Management at the University of South Australia. Older workers from the Baby Boomer generation often delay retirement because they want to, not because they have to.

But Australian businesses face a number of challenges in providing senior-aged workers enjoyable and engaging workplace environments. Chief among these is age discrimination and bias, which both bar older workers from employment opportunities and create negative working environments for those who do find employment. According to the AHRC, over one-quarter of Australians over 50 have experienced some form of age discrimination in the workplace.

Bias against older workers is based on stereotypes that they are resistant to change, have deteriorating mental and physical capacities, and are harder to train. But there is little evidence to support these assumptions. “We might expect physical and cognitive abilities to decline with age, but this tends to be at an older age than you would be working,” explain researchers at the University of Manchester in an article Five Myths About Older Workers Debunked. “Age and workplace performance should not be seen to be linked with plenty of evidence showing older workers are just as effective as younger workers.”

Contemporary advances in medicine and general improvements in living standards mean older workers are robust compared to previous generations. Dr Kay Patterson, Australia’s Age Discrimination Commissioner, says that it’s simply “a fiction that older workers are in decline, a burden and a drain, and a fact that they are skilled, engaged and interested when they are given the opportunity to participate and contribute”. Yet bias against the hiring and retention of older workers persists in Australia.

Ageism undermines business performance by disengaging older workers, whether by excluding them from colleagues, making them feel undervalued or leading to an internalisation of the belief that they’re past their prime. Kulik quantifies the financial losses that come from excluding older workers: “A fully engaged employee delivers the full value of his or her salary, while a disengaged or semi-engaged employee might deliver only 60–80% … However, the cost of disengagement may be even higher for a mature-age employee with years of experience who is likely to be at the high end of organisational pay scales.”

A related challenge for businesses that comes with the country’s ageing population is the challenging of managing multi-generational workforces. “Managing multi-generational teams, and working in age-diverse teams, will be important in the future of work,” says Dr Patterson. While a diversity of ages in a workforce brings numerous benefits, different attitudes, expectations and approaches when it comes to work that can be a source of potential conflict.

Collecting data should be the first step for any business worried it has problems retaining its most senior and skilled workers. “Organisations that are not already doing so might consider collecting data on the recruitment and retention of older people in their workforces, so they know the state of play and are well placed to develop the right strategies for the situations they face,” says Dr Patterson. That data could range from the quantitative kind (recruitment and retention rates) to qualitative surveys on job satisfaction and grievances.

In workplaces where older workers are under-recruited or where mature-age workers report feeling excluded, diversity management strategies may aid in fostering an environment where older workers feel welcome, valued and engaged. Example strategies include bias training for recruiters or team-building oriented towards overcoming generational gaps. The AHRC has found that “People expressed less concern about negative age stereotypes and were more engaged in their work when their employer offered practices targeting mature-age workers.” It should also be noted that the challenge of eradicating bias is intersectional since mature age women participate less in the workforce than mature age men (59% compared to 72%).

Alarmingly, few Australian businesses appear to be implementing the diversity management strategies needed to eliminate ageism. In 2018, the AHRC found that only one in five organisations provide line managers training on unconscious bias. Similarly, just 8% of respondents reported that line managers are trained on how to manage workers from different generations. As Australia’s population ages, both the nation’s economic growth and the success of individual businesses will rely on more proactive strategies to secure job satisfaction for older workers.

Diversity Atlas can help your business or organisation manage workers from different generations by collecting data to inform diversity management strategies. Get in touch about unleashing the power of difference.

Martin Plowman has worked in the diversity, mutuality and inclusion space as a facilitator and strategic planner for the past decade. At Cultural Infusion he developed the Diversity Agile framework for organisations, and in previous roles has led comprehensive diversity audits and was the primary author of the HealthWest Standards for Workforce Mutuality. Martin holds a Ph.D. in Cultural Studies from the University of Melbourne. 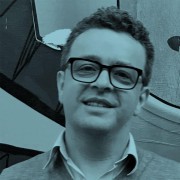 Martin Plowman has worked in the diversity, mutuality and inclusion space as a facilitator and strategic planner for the past decade. At Cultural Infusion he developed the Diversity Agile framework for organisations, and in previous roles has led comprehensive diversity audits and was the primary author of the HealthWest Standards for Workforce Mutuality. Martin holds a Ph.D. in Cultural Studies from the University of Melbourne.