In today’s world, where so much importance is placed on diversity in the workplace, how do we measure such a broad philosophical, intangible concept? What are the key measurable parameters of diversity and how do we interpret these measurements?

The Dynamics of Diversity

The diversity of any team is dynamic. Teams may grow as new people join, some teams may shrink in size, some may change their business and some people may move within and between different groups\departments of the company. Quite aside from all this, cultural or personal demographic status of individuals within a team may also change over time. For example, one may learn a new language, or one may gain a new educational qualification or skill. These are only a few examples of how the measurable diversity of a team is dynamic.

Diversity Atlas measures aspects of cultural and various other dimensions of demographic diversity, and in doing so, can provide organisations with in-depth insights into the types and extent of diversity within their workforce. These parameters are spread across our four pillars of cultural diversity which are, very broadly speaking, country of origin, language, worldview/religion and cultural heritage.

But data sets should be comprehensive enough such that no matter what language, clan, tribe, worldview or place a person identifies with, no matter how obscure, esoteric or otherwise under-represented, it  can be expressed. In developing Diversity Atlas, Cultural Infusion has curated and created the world’s most inclusive data sets for each of the included identifiers.

Gathering information around the above parameters is, however, only part of the solution. In 2015, our team, recognising the need for accessible means to interpret results, proposed a method to measure the cultural diversity of organisations, leading to the implementation of what we now call our Cultural Diversity Index (CDI). Part of this consideration addressed the problem of how data should be interpreted relative to the size of an organisation, or in clearer terms, how size affects the actual meaning of the numbers, and I will address our approach to this particular issue later in this article.

Of course, measures of cultural diversity existed previously, for example the Stirling Index and the Inverse Herfindahl Fractionalization Index. However, some experts consider these methods to be insufficient in one way or another, focusing too narrowly on certain types of diversity, or restricting the measurement to only one variable at a time. Stirling’s model is one of the most comprehensive models so far, measuring discrete diversities such as ethnicity, language and beliefs, but it can only be applied to one of these at a time for any given cohort. In this regard, we saw a need for the inclusion of a more integrated approach.

Nevertheless, Stirling’s method of measuring cultural diversity provides a very worthwhile point of departure. It defines diversity as a mixture of variety, balance, and disparity, where all other parameters are equal.

Variety, the simplest of the three, is a measure of the range of different types of entities in a group. Different languages spoken in a community can be an example of the variety of languages in that group. In the figure below, the diversity in the bottom image is greater than in the top one.

Balance refers to the way these entities are distributed. So, if in a community, people who speak Persian are working in different departments of a company, this company has a more balanced language distribution compared to the situation where all of them are working in the same department of the company.

Expanding the Equation – Size and Balance

Our Cultural Diversity Index not only combines important aspects of Stirling’s model with a capacity to indicate diversity globally across a range of indicators (grouped according to our four pillars), it also takes into account the effect that the size of an organisation can have on the real meaning of the data and how it should be interpreted.

What is the relationship between size and the true diversity of any given cohort? Consider the following:

Company A has 100 people, who come from these backgrounds:

Company B is a large organisation with 1000 staff who come from these backgrounds:

Company B is 10 times bigger in terms of staff size but the number of languages spoken, countries of birth and different cultural heritages (ethnicities) are each only 2.5 times more; and the number of belief systems represented is only 2 times more, compared to Company A. While it is possible to consider Company B more culturally diverse as it has a higher number of languages, countries of birth and religions, one may also challenge that Company A is more diverse because diversity in proportion to the size of the organisation is higher.

Diversity Atlas has one of the most comprehensive and inclusive databases of languages, countries of birth, ethnicities, and worldviews in the world. There are 7500+ cultural heritages, 9500+ languages, 8500 religions and subgroups, and 250+ countries and territories. This is a huge database and if we take it as comprehensive, in the case of a team of 10k+ staff, it is obviously an impossibility that they would speak 10,000 different languages!

Using spoken languages as an example, we can say that as the size of an organisation grows, the probability that the number of languages increases proportionately in fact drops. Our CDI uses a mathematical formula which normalises the effects of these irregularities in order to give a meaningful indication of the diversity of a cohort regardless of its size.

It does this in tandem with a additional mathematical feature which addresses the notion of balance across teams or departments and a further enhancement which will tackle the metrics of diversity (ie. disparity) is on the horizon.

With regard to balance, consider the following:

Company A has 100 staff, speaking 10 different languages. However, in this team all who speak Hindi are in one department, and all those who speak Italian are in another department and a similar pattern follows for the other 8 languages.

Company B has 1000 staff, who speak only 50 languages altogether (which in relation to size is proportionally less diverse than company A). However, in company B, people are distributed in a more balanced way. In each department they have people who speak Indian, Italian, and all of the other languages as well.

With the Diversity Atlas approach, there is more chance that company B has a higher Language Diversity Index due to the balance factor. This is only one of many possible examples that could be used to demonstrate the Cultural Infusion CDI as not solely focused on variety, but balance within the team and across attributes. In fact, every case should be studied and analysed carefully in its own right. Knowing how to interpret data, understanding its meaning and what it represents, is as important as the aggregation process itself, if not more so.

A result of all of these above-mentioned complexities around proportion, cohort size and balance across sub-cohorts, is that that although they may coincide, the overall Diversity Index of a given organisation is not defined by the average of its sub-cohorts, and in fact may very well in some cases fall outside the range of their respective values altogether.

In summary, the Cultural Diversity Index provides a normalised metric for measuring cultural diversity within organisations of any size and structure across a wide range of attributes in combination or in isolation. Of course it does make sense to compare organisations of similar size where possible but perhaps of most value are comparisons within an organisation or cohort over time. The best way to discover if you have achieved something is to measure it before you take an action and then again afterwards, and as we said at the outset, it is important to remain ever mindful of the dynamic nature of diversity.

I would like to acknowledge my colleagues who provided insight and expertise that greatly assisted the research; Duncan Foster, Peter Mousaferiadis and Michael Walmsley. 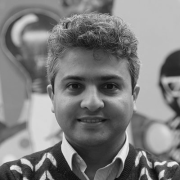