In his blog, Farnam Street, Shane Parrish reflects that life is full of problems, and that we can either moan about them or solve them. We often avoid problems and procrastinate to delay suffering but end up having even bigger troubles when we cannot run away from reality anymore. Our global society works in a very similar way. We face a number of realities that we are failing to tackle collectively. Let’s have a look at one of them.

The fact and the challenge

One such reality is the fact that diversity is increasing in our societies. This is happening both in the physical world and online. There are many driving forces behind this trend, but technological developments in the fields of transportation, communication and energy facilitate exchanges all across the world. In the age of the fourth industrial revolution, with a faster than ever rate of technological transformation, we can only expect that our societies continue becoming more diverse.

To thrive in a diverse world takes time. Our cultural background and lived experiences shape the way we think and the way behave. Professors like Richard Nisbett go as far as saying that people from different parts of the world have different cognitive processes. The people from Eastern China, South East Asia and Japan understand the world more holistically than the people from Western Europe, the United States and Canada, which tend to see the world through categories. Ethnic and cross-cultural psychologists also point out that culture influences behavior.

Most societies are unprepared for sudden increases in cultural diversity. To begin with, most formal education systems around the world don’t include cross-cultural competencies as part of their core curriculum. Additionally, absence of positive contact between groups of people that are different leads to the creation of negative myths and stereotypes about each other.

There are a number of factors that align in exacerbating the challenges of increased cultural diversity. An economic system that still fails to take care of the most disadvantaged is fertile ground for a discontent population. The absence of cross-cultural training allows negative myths about people that are different to be believed. Our lack of expertise as a society in using new technologies like social media facilitates the spread of scapegoating tales that point to diverse people as the origin of problems. What we end up with is a number of problems that not only affects countries individually but also as part of the international society.

First, our societies are becoming polarized and extreme right parties are on the rise. We have seen a number of strong men rise to positions of power all around the world and nationalism is getting prominence. Such growth of hate and authoritarianism attacks the heart of our democracies. The rights of the vulnerable are disregarded, international cooperation is dismissed, and values of compromise and negotiation are flushed away.

Second, deteriorated economic conditions, spatial segregation and a lack of inclusion of ethnic minorities in a society’s public life may lead to radicalization. This sad phenomenon jeopardizes the whole society and forces authorities to give up individual freedoms for the sake of security.

Third, mistrust to people of different values ultimately leads to an erosion of international cooperation. We will not embark upon joint international ventures that give up part of our national sovereignties unless we are sure that our partners are to be trusted. And yet, most of humanity’s greatest challenges can only be solved with concerted efforts.

We desperately need international arrangements that allow states to have enough fiscal space to invest in the population. We desperately need to fight climate change and environmental degradation. But we can only do so if we learn to love those that are different from us.

There are a number of reasons to be hopeful for the future. In the first place, as discussed in a previous blog post, cultural diversity brings value. At Cultural Infusion, we wear proudly this belief in our slogan, developed by our founder Peter Mousaferiadis, which won the United Nations Alliance of Civilizations (UNAoC) 2013 Do One Thing for Diversity and Inclusion campaign: “Divided we fall, united we stand, diversified we grow”.

Diverse teams bring a wide range of perspectives which lead them to be more creative, make better decisions and understand the world better. My hope is that even if we don’t manage to convince world leaders to embrace cultural diversity on the grounds of dignity and humanity, we will probably convince many on the grounds that it is good for business.

History also brings good news with some great examples of the power of confluence of different cultures. Ancient Alexandria, at the cross-roads of Asia, Europe and Africa and host to Greek philosophers, Jewish commentators and Indian yogis, saw Ptolemy map the world, Eratosthenes map its diameter and Euclid write his treaty on geometry. Another example is Ancient Greece, place of birth of democracy, which thrived in the confluence of Mesopotamians, Persians, Egyptians and Phoenicians. The Greek myth of the seven titans who rebel against Zeus come from the seven giants –Akkadian titu– that rise up against the high god Marduk. Even their alphabet was introduced by the Phoenicians, the words alpha and beta having no meaning in Greek, but they originally came from alpu and betu, meaning ox and house.

The last paragraph shows how confluence leads to progress and innovation. Other examples show that our beliefs may come from cultures that we today consider as our enemies’. Take the idea of the Messiah, it comes from the blessed Saoshyant. The idea of a wise God battling the Devil comes from Ahura Mazda against Angra Mainyu, and the word paradise comes from peri-daeza. All of that is Persian Zoroastrianism, and the concepts were borrowed during 60-year Babylonian Captivity of the Jewish people. In the times of open conflict between the United States of America and Iran, it would be wise to remind their leaders that both civilizations owe much to each other.

So far, we have discussed that the increase of cultural diversity in our societies is a consistent global trend. This increase in diversity is challenging because most people are not used or educated to deal with people that see the world very differently from them. Left unmanaged, the increase in cultural diversity is being weaponized by far-right populists and radicals to turn us against each other. But we have something to hold on to: diversity and the confluence of cultures, which have historically brought progress and innovation.

There are ways to bridge the gap between different cultures. At Cultural Infusion, we have been educating children to love and respect other cultures since 2003. Today, more than 350,000 Australian children receive intercultural training every year thanks to our efforts. The rest of the world needs more of this.

However, school education is not enough. We can’t wait for the next generation. We need to understand that creating an inclusive culture and managing cultural diversity requires us to act now. 75% of the world’s major conflicts have a cultural dimension, costing the world trillions of dollars and countless human suffering. Our lack of empathy towards each other is preventing us from taking concerted action to solve humanity’s greatest challenges. We need to create a global movement that pledges to pay attention, learn from and give value to cultural and demographic diversity.

At Cultural Infusion we are developing the tools to help communities and organizations do this. Our Diversity Atlas is the most comprehensive tool in the world to measure not only the type, but also the extent of the cultural diversity of any group. We can help you discover who your organization really is, what your diversity gaps are and how you can create a space in which everyone feels included.

Máximo Plo works for Cultural Infusion in Europe. Maximo has been an advocate for social and economic justice for the past 10 years, having engaged as grassroots organizer and social entrepreneur. Prior to working for Cultural Infusion, Maximo worked as a risk advisory consultant for Deloitte and as an advisor to the Ministry of Education of Côte d'Ivoire. He has a BA in Law and a BA in Economics from UC3M, an MA of Economics from the College of Europe and a M.Ed in Human Development and Psychology from Harvard University, where he was a Fulbright Scholar. Maximo speaks English, French, Italian, Spanish, Portuguese and Galician.

This author does not have any more posts. 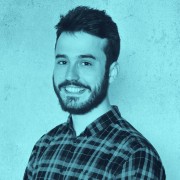 Máximo Plo works for Cultural Infusion in Europe. Maximo has been an advocate for social and economic justice for the past 10 years, having engaged as grassroots organizer and social entrepreneur. Prior to working for Cultural Infusion, Maximo worked as a risk advisory consultant for Deloitte and as an advisor to the Ministry of Education of Côte d'Ivoire. He has a BA in Law and a BA in Economics from UC3M, an MA of Economics from the College of Europe and a M.Ed in Human Development and Psychology from Harvard University, where he was a Fulbright Scholar. Maximo speaks English, French, Italian, Spanish, Portuguese and Galician.