Australians naturally expect that the public service should be representative of the diversity of the community it serves, and there are clear practical benefits to fulfilling this community expectation for a diverse workforce in government.

Among public sector leaders, we’re seeing a lot of buy-in to the idea that the quality of policymaking and service delivery suffers when these functions aren’t being performed by a team informed by the variety of perspectives and life experiences that exist in a multicultural society.

But more broadly, at a time when trust in democracy and government is at a low ebb a diverse workforce for the public sector is key to rebuilding public trust and confidence in government—just as it’s key to better quality and more efficient services.

To be sure, state and federal public services take the challenge of maintaining a diverse workforce seriously. Government agencies at all levels are busily crafting and publicising Diversity and Inclusion (D&I) strategies, and in many cases showcasing the data they’ve collected about how they perform in terms of gender, migrant background, Indigenous and disability representation among their staff.

Viewed from one angle, they’re performing adequately. The Australian Public Service’s 2019 staff census, for instance, showed that the proportion of overseas-born staff in the federal public service was roughly representative of that of the Australian community overall. Many departments scored well in terms of representation of workers with disability and those from so-called CALD (Culturally and Linguistically Diverse) backgrounds.

But when scrutinised from another perspective, the shortcomings are stark. Aggregate measures of CALD representation within the public service mask a big problem: Australia’s federal and state public services perform very poorly when it comes to the diversity of their senior leaderships.

In 2018 the Australian Human Rights Commission surveyed the diversity of senior leadership in the private and public sectors and found that among the departmental secretaries of federal and state government agencies, only 1% have a non-European background—a staggeringly low number given that more than one in five Australians indicated non-European ancestry in the 2016 census.

Making a diverse workforce work: data is your friend

The point to emphasise here is that you can get radically different pictures of the diversity profile of your organisation depending on how well you’re measuring it. Simple databases give you simplistic pictures of the type, distribution and intersectionality of diversity in your workforce.

It’s worth contrasting Australian government agencies’ practices with the United Kingdom Civil Service. The UK bureaucracy offers a more nuanced portrayal of the type, balance and distribution of diversity within it, noting the ethnic makeup of staff based upon seniority level, alongside other measures like gender, disability status, and sexual orientation.

Even with this small step up in detail, the UK government is able to be transparent about the diverse workforce which it has been striving to build. It can also unlock the ability to analyse, for example, how different varieties of ethnic or generational diversity are distributed throughout the Civil Service on the basis of geographic location or seniority level. (Though there are issues with how ethnicity and race data are collected and indeed conflated in the UK census—a topic for another day.)

It’s hard to see how most Australian government agencies might perform similar analyses of both the internal diversity of their workforces, or measure how their diversity profiles correspond with those of the communities they work within, (something we call mutuality), with the data they appear to have to hand.

The stark deficit in minority representation in the top ranks of the public service, for example, might well be suggestive of talent retention issues. If minority staff are leaving the public service before they reach senior leadership roles, are they doing so because they face barriers to promotion that other staff don’t? Do they exit the public sector while still in junior positions at a greater rate than the average? If so, why?

It’s hard to unpack the causes of these issues, and then design qualitative consultation and engagement strategies to address them, without detailed data about which factors and the intersections between them—gender, ethnicity, sexual orientation, educational background, or disability status—are driving the obvious differential in promotion and retention of minority talent.

Much of the ambiguity I’ve highlighted above comes down to Australian government agencies’ over-reliance on measuring for CALD (Culturally and Linguistically Diverse) representation—an indicator which collapses the nuances of team members’ cultural identifications into one blunt category. This limits agencies’ ability to truly understand its own workforce’s cultural capital, leverage it to improve cultural responsiveness, or identify diversity and mutuality gaps with any specificity.

When it’s applied to the community, the problems grow bigger. Different cultural communities, for example, experience different barriers to accessing critical services. Public sector agencies understand the importance of not designing one-size-fits-all programs and models of service delivery—but too often I see these same agencies using one-size-fits-all indicators of diversity when they map their client and stakeholder bases.

Our world-leading diversity analytics tool, Diversity Atlas, was built with precisely this data deficit in mind. Diversity Atlas collects the sort of diversity data that public sector organisations need to identify where they’re getting things right, where they’re falling short, and to then design better engagement programs to maximise the value of their diversity for a more inclusive workplace that also serves the public better.

These benefits aren’t just for academic interest, or to make departments look good in their annual reports. The extent to which their diversity reflects the diversity of the communities they work within–i.e their mutuality—is at the heart of making good policy and delivering high-quality services.

Diversity Atlas is a data analysis tool for measuring diversity in your workforce. It’s designed to inform diversity management strategies for thriving in a globalised world. Get in touch for a consultation via info@diversityatlas.com.au 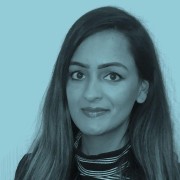